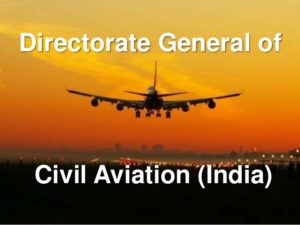 An advisory to implement the Child Restraint System which is specifically designed to restrain and protect a child or infant during all phases of flight has been sent to all the airline operators in India by the Directorate General of Civil Aviation.

The DGCA has decided to include a Child Restraint System as part of the air safety management protocol, based on the suggestions of a sub-committee that was formed after the Air India Express accident in Kozhikode on 7th August 2020.

About the Child Restraint System

This system has a combination of a belt and an internal harness. This device must be attached to the aeroplane seat and also includes devices that can be attached with the belt of the aeroplane seat so that it can be secure. One of the most basic and vital aspects of surviving an accident is the right usage of restraints and thus such devices must be procured.

A Child Restraint System in a dedicated seat is suitable for the child and is the safest way to restrain a child or an infant in an aeroplane. Airlines have been asked to encourage and increase the usage of the system by passengers carrying children or infants.

What instructions have been given to airline operators?

For the deployment of the Child Restraint System onboard their aircraft, airlines have been instructed to make rules, implement Standard Operating Procedures, and guidelines as well as training programmes for the implementation of thorough safety management systems.

Airline operators have also been also instructed to publish the widths of the narrowest and widest passenger seats in each class of service for each make, model, and series of aeroplanes used in passenger-carrying operations on their websites, as well as to prohibit the use of certain types of Child Restraint Systems during ground movement, take-off, and landing.