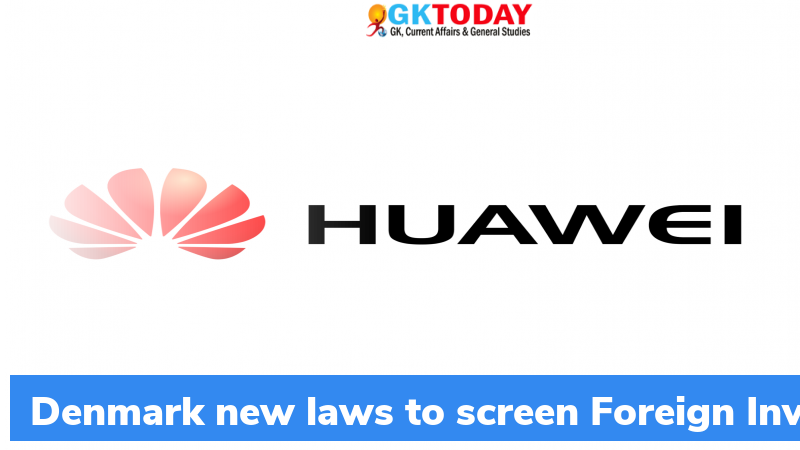 Denmark has passed a law to allow the screening of foreign investments so that they do not pose any threats to the National Security.

The new law has been legislated to protect the country against Huawei of China and its objectives to build 5G network in the country. However, the law does not mention China.

Under the law, the foreign investors will be assessed on their potential link to foreign governments and armed forces. They will also be assessed for connection to criminal activities.

The law is not applicable to Greenland and Faroe Islands. They are sovereign territories under the Kingdom of Denmark.

Why is Huawei a threat to National Security?

Several countries in the world are making new legislation and other key measures to protect their National security against Huawei. This includes US, Australia as well. The UK has ordered to strip Huawei technology from UK by 2027. India and Germany too have raised concerns against Huawei.

Huawei manufactures kits such as gateways, network switches and bridges. They are core infrastructure devices that touch everything traversing the internet. They are critical for proper functioning of the system. This means that the Governments should take extra care in protecting their data.

Huawei was founded in 1987 in China by Ren Zhengfei. He was a former engineer in the People’s Liberation Army. He has strong connections with the Communist Party of China and also to the military. This is being cited as a security concern. Countries fear that the Chinese Government might use Huawei as a backdoor to breach into the national security system.