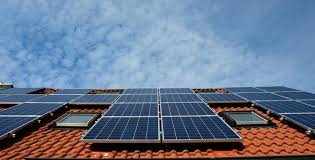 Delhi Police signed Memorandum of Understanding (MoU) with Solar Energy Corporation of India (SECI) to set up Rooftop Solar Energy Systems in more than 200 of its buildings across the city.

As per MoU, SECI will support implementation of grid-connected rooftop solar photovoltaic (PV) systems on establishments of Delhi police. This is because solar energy is economical as well as environmental friendly.

Capacity: Under this green initiative project, Rooftop Solar Systems of total capacity of about 3-4 MW will be implemented across various Delhi Police buildings.

Need: As per Delhi Police, it has more than 200 establishments spread across city and their electricity requirements are quite significant. Thus project intends to utilize these vacant roofs of their buildings so as to harness solar energy and also to cater part of their electricity demand via generated green energy.

Significance: MOU will go a long way in making Delhi green and will be optimally used in buildings and complexes available with Delhi Police all across the city. It will not only result in significant reduction on electricity bill payments of Delhi Police but also further cause of ‘Clean Energy‘.

Way Ahead: Project would be completed soon in a phased manner with active cooperation between two agencies involved.

About Solar Energy Corporation of India

SECI is a company under Union Ministry of New and Renewable Energy (MNRE).

It is government’s nodal agency for implementation of the National Solar Mission (NSM). It is the only Central Public Sector Undertaking (CPSU) dedicated to solar energy sector.