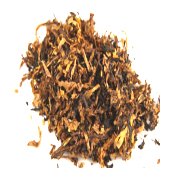 Delhi Government on 30 March 2015 banned sale, purchase, storage and manufacturing of all forms of chewable tobacco including guktha and pan masala containing tobacco.
In this regard, Delhi Government led by Chief Minister Arvind Kejriwal has issued notification banning all products of chewable tobacco in all forms.
The ban on all such products will continue for next one year owing to public interest and thereafter, government will extend the ban all these products every year.
To implement the ban various citizen’s monitoring committees will be formed in every constituency in order to educate the masses.
Previously in September 2012, Delhi government had issued notification to ban gutkha. It was issued in pursuance of series of directions from the Supreme Court to ban gutkha.
However the banning of gutkha was not served as the notification only had mentioned gutkha products and not banned the tobacco products. The new proposal bans all the raw chewable tobacco products in Delhi and takes strict action against the violators. But no such ban has been enforced on cigarettes in Delhi.