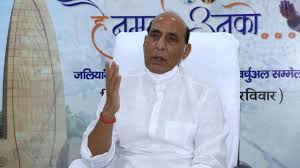 On September 28, 2020, the Defence Acquisition Council approved Rs 2,900 crores for the acquisition of Indian Defence Equipment.

The procurement includes 72,000 assault rifles from the United States. It also includes procurement of domestic and foreign vendors. The other procurement under the approval includes

The Defence Acquisition Procedure was unveiled recently by the Defence Minister Rajnath Singh. It was first introduced in 2002. The new procedure includes provisions to encourage Foreign Direct Investment (FDI) to establish manufacturing hubs for both import and export. This is to be done giving protection to the interests of domestic industries of India.

The Defence Procurement Procedure contains processes that has to be followed by Indian Armed Forces in developing or obtaining defence weapon systems. The main aim is to achieve self-reliance by promoting indigenous design and get the weapons in a time bound manner without delays.

It is the highest decision-making body in defence ministry. It was formed after the Group of Ministers recommended Reforming the National Security System in 2001 in post Kargil War. The following are the main functions of DAC