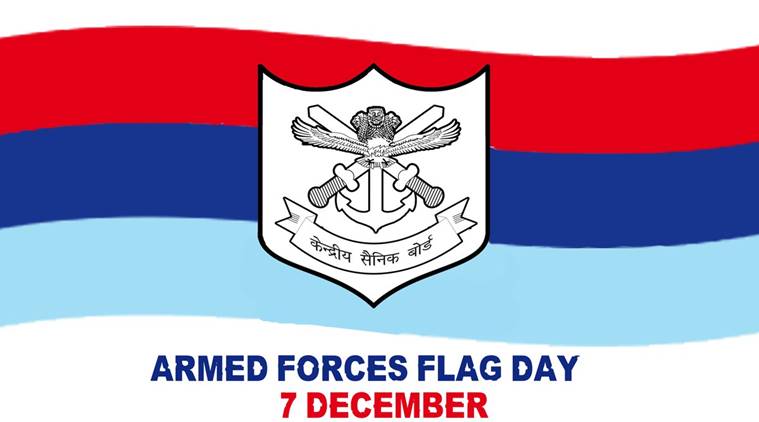 The Indian Armed Forces Flag Day is observed every year on December 7 to honour the soldiers, airmen and sailors of India who fought on the borders to safeguard country’s honour.
To observe this day, three branches of the Armed Forces – Indian Army, Indian Air Force and Indian Navy organises variety of programmes to showcase their efforts towards national security.
The Flag Day brings to the forefront country’s obligation of looking after the disabled comrades-in-arms, widows and dependents of those who have sacrificed their lives for the country. The day is dedicated for collection of funds from people for welfare of Armed Forces personnel. The fund collected on the Flag Day is used for the welfare of serving personnel and ex-servicemen and also to rehabilitate battle causalities. Small flags are distributed on this day in return for voluntary contributions from people across India.
This year the Ministry of Defence launched the Armed Forces Week to conduct a digital campaign to bring together the entire nation to express solidarity with the Armed Forces personnel.

After India attained independence, the Central government felt the need to constitute welfare fund to take care of defence personnel. Hence, a committee was set up in August 1949 that decided Flag Day shall be celebrated annually on December 7. The reason it was called flag day was because small flags were distributed across country among general population which served two purposes – collection of welfare funds and creating a sense of camaraderie and harmony between Army and citizens. Over the years, the observance of the day became a tradition. The day also reminds citizens to care for living heroes who were either wounded in action or retired from service at a fairly young age.