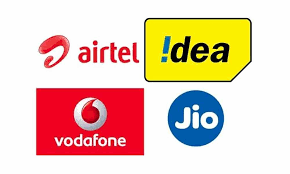 The Digital Communications Commission (DCC), the highest decision-making body of Department of Telecom (DoT), has approved levying of penalty on Bharti Airtel Ltd. and Vodafone Idea Ltd. for denial of interconnection to Reliance Jio Infocomm Ltd. when the latter had entered market in 2016.

Despite the approval for imposing penalty, the inter-ministerial panel of DCC has asked Telecom Regulatory authority of India (TRAI) to review penalty amount worth ₹3,050 crore considering the financial stress in telecom sector.

No Troubling Users: However, TRAI recommended penalty, instead of revoking operator’s license so as to avoid consumer inconvenience. The telecom regulator while recommended a fine for Airtel and Vodafone amounting to ₹1,050 crore each and for Idea it was ₹950 crore but since Vodafone and Idea have now merged to form Vodafone-Idea (becoming largest telecom carrier in India), the new entity will have to bear the combined burden.

In October 2016, TRAI recommended total penalty of ₹3,050 crore on 3 Telephone Company namely Airtel, Vodafone and Idea, for violating their licence agreement and denial of interconnection to newer entrant Reliance Jio which complained that more than 75% of calls on its Jio network failed as its rivals did not releasing sufficient number of points of interconnect (PoI).

TRAI also upheld that the act of 3 operators was against public interest and in violation of their licence agreement, which warrants revocation of operator’s licence.

Since then TRAI’s decision had followed a prolonged battle between telecos- Reliance Jio and Bharti Airtel, Vodafone and Idea Celluar. Reliance Jio alleged that its subscribers were unable to make calls to other networks (Airtel/Vodafone/Idea) as those operators were not providing adequate inter connection points.

DCC was formerly called ‘Telecom Commission’. It is the top decision-making body in Department of Telecommunications (DoT), under Union Ministry of Communications and Information Technology.