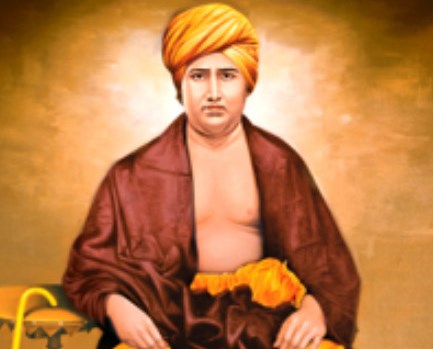 Maharishi Dayanand Saraswati Jayanti 2022 is being celebrated on February 26, 2022.

When was he born?

Maharishi Dayanand Saraswati was born on February 12, 1824. According to traditional Hindu calendar, he was born on the Dashami Tithi of Phalguna Krishna Paksha. Thus, in 2022, occasion is being celebrated February 26.

In India, this day is celebrated by all the Vedic institutions and religious establishments, with great pomp and enthusiasm. Several schools and academic institutions organise debates, essay competitions, and such events.

Who was Dayanand Saraswati?

Dayanand Saraswati was the founder of Hindu reform organisation called Arya Samaj. He was born on February 12, 1824 in Gujarat. His original name was Mool Shankar Tiwari. He was named Mool because he was born when the Mool Nakshatra prevailed. He was born to Karshanji Lalji Kapadi, and Yashodabai. He was a social leader, Indian philosopher, and reform movement of the Vedic dharma. He was the first to give the call for Swaraj “India for Indians” in 1876, which was later taken up by Lokmanya Tilak.

Arya Samaj is a monotheistic Indian Hindu reform movement, that promotes practices and values based on the belief in infallible authority of the Vedas. It was founded by Dayanand Saraswati on April 10, 1875. It was the first Hindu organization to introduce proselytization in Hinduism. It has worked towards the growth of civil rights movement across India since 1800s.