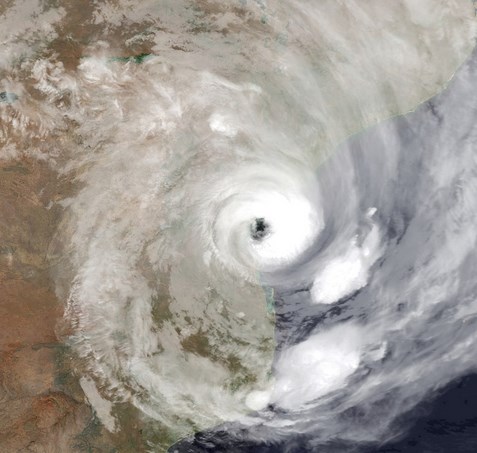 On May 9th the Indian Meteorological Department (IMD) said that the severe cyclonic storm ‘Asani’ is likely to weaken in the next 48 hours. Asani is the first cyclonic storm of the season.

Which country gave the name Asani?

What is the meaning of Asani?

Where cyclone is situated and in what direction is it moving?

Where is the cyclone expected to move?

Cyclone Asani is expected to recurve north-northeastwards and move towards the northwest Bay of Bengal off the Odisha coast.

What will be the impact of the cyclone?

Light to moderate rainfall may occur from May 10th (Tuesday) evening in many districts across coastal Odisha and heavy rainfall (7 -11cm) at one or two places over Gajapati, Ganjam, and Puri.

How is the government prepared for the cyclone?

National and state disaster relief departments are on alert. Distant warning signal 2 (asking ships not to come near the coast) has been hoisted in all ports in Odisha.

What is a tropical cyclone?

What are the favorable conditions for the formation of a tropical cyclone?

What will be the name of the next cyclone in the North Indian ocean?

The cyclone that will form after Asani will be called Sitrang, and the name has been given by Thailand.

What are the upcoming names suggested by India?

Ghurni, Probaho, Jhar, and Murasu are the upcoming names from India.