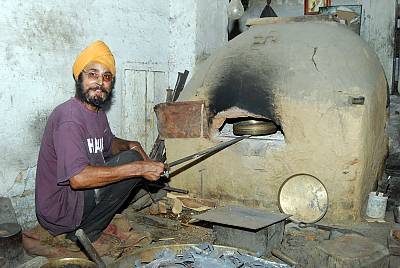 The traditional brass and copper craft of utensil making among the Thatheras of Jandiala Guru, Punjab is being inscribed on the UNESCO Representative List of the Intangible Cultural Heritage of Humanity, 2014.
It was announced at UNESCO’s 9th Session of the Intergovernmental Committee (IGC) for the Safeguarding of Intangible Heritage in Paris, France.