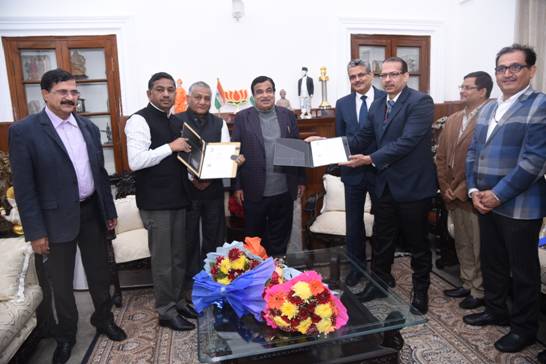 In the presence of the Union Minister for Road Transport & Highways and Micro, Small and Medium Enterprises(MSME), Nitin Gadkari and other senior officers from the Ministry and National Highways and Infrastructure Development Corporation (NHIDCL), a Concession Agreement was signed on Friday, 17th January 2020 for the completion of the Z-Morh tunnel in the Union Territory of Jammu and Kashmir. The project for the 6.5 Km long tunnel will include the construction, maintenance, and operation of the 2 lanes bi-directional tunnel at a total estimated cost of Rs 2378.76 crore, which is expected to be completed in 3 years and 6 months by connecting the National Highway-1 at the Srinagar-Sonmarg-Gumri Road.

Under the concession agreement, from the date of completion, a period of 15 years has been awarded for the DLP period/Operation & Maintenance. The Letter of Authorisation (LoA) of the project was awarded to M/s APCO Infrastructure Pvt. Ltd on 19th December 2019 after administrative and financial approvals for the project was sanctioned by the Ministry on 17th December 2019.