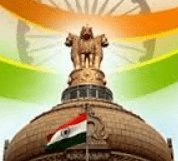 April 21st is celebrated as Civil Service Day in India in recognition of the contributions of the civil servants to the public.

About the Civil Service Day

The Civil Service Day is observed every year on 21st of April. It is celebrated to recognize the dedication of civil servants to the cause of citizens. It is also seen as a day when civil servants renew their commitment to public service and excellence in work.

It is observed on April 21st to commemorate the address given by Sardar Vallabhai Patel- the first Home Minister of Independent India at Metcaf House in Delhi to the probationers of Administrative Services Officers in 1947. He referred to the civil servants as ‘the steel frame of India’.

On the occasion of Civil Service day, the Prime Minister’s Award for Excellence in Public Administration are presented to recognize the achievements in civil service by officers of the central and state governments. Individuals, groups and organisations are eligible for the award.