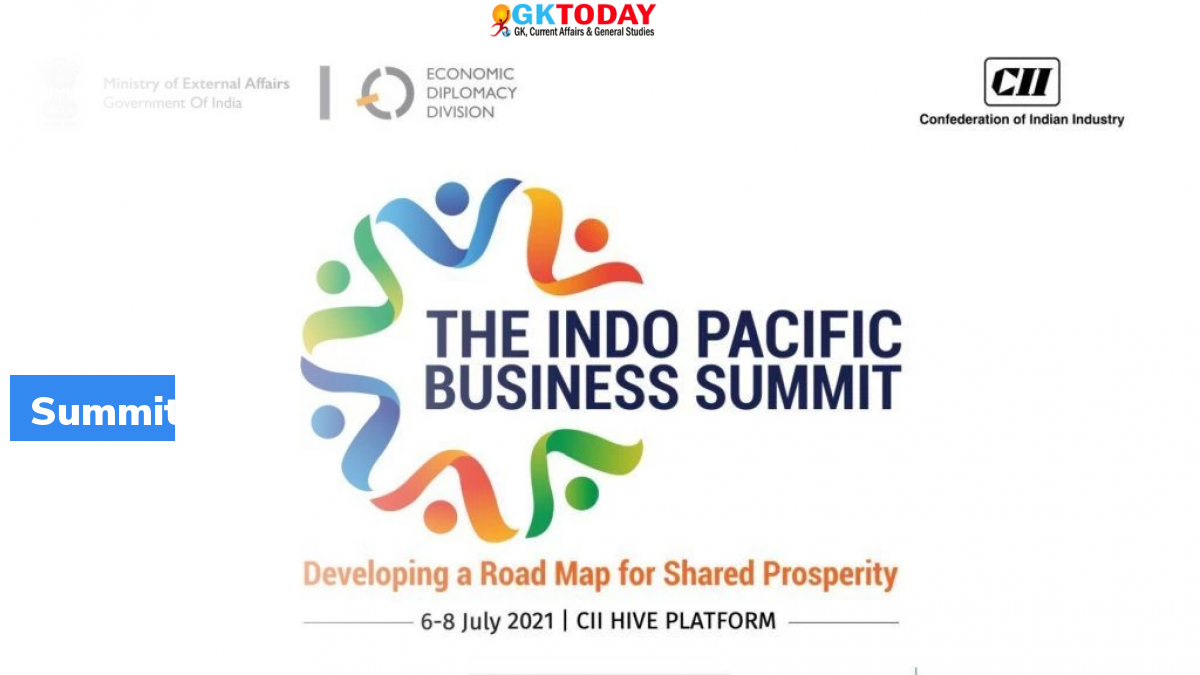 First edition of Indo Pacific Business Summit is being organised by Confederation of Indian Industry (CII) in partnership with External Affairs Ministry. It was inaugurated on July 6, 2021.

Idea of Indo-Pacific as a single strategic space is an outcome of China’s growing influence in Indian Ocean region. It signifies interconnectedness of Indian & Pacific Oceans and importance of oceans in security & commerce.

This summit was organised in the backdrop of Indo-Pacific Ocean Initiative (IPOI). IPOI was announced by Prime Minister of India Narendra Modi during 14th East Asian Summit. It is a 2-day summit starting from July 6 to July 8.  It will focus on how India and countries of Indo-Pacific region can boost their economic partnership and collaborate towards sustainable use of maritime resources. They can also work for future economic development and towards the idea of free trade. 21 countries in total are participating in Indo-Pacific Business Summit 2021.  Summit will provide an industry perspective on IPOI as maritime and trade connectivity are the key pillars of IPOI.

IPOI was launched by Prime Minister Narendra Modi on November 4, 2019 at East Asia Summit. This initiative seeks to ensure security and stability of regional maritime sector. It is an open, non-treaty-based initiative for countries to work together to find a cooperative and collaborative solutions of common challenges in Indo-Pacific region.