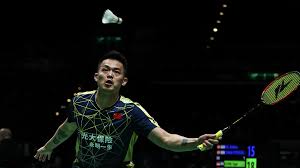 On July 4, 2020, the two-time Olympic champion Lin Dan announced retirement at the age of 36.

Lin Dan who won gold medal at Beijing Olympics in 2008 and London Olympics in 2012 will not be participating at 2020 Tokyo Olympics that has been pushed to next summer due to COVID-19.

Lin Dan was born in 1983, He is a five time world champion, six time England champion and two time Olympic champion. He has won all the 9 major titles as follows

Lin is the only player to achieve this record. He is currently ranked 16th by the Badminton World Federation

The ranking is prepared by the Badminton World Federation that ranks the players participating in the tournaments sanctioned by the BWF. The ranking is used to determine the qualification for Summer Olympic games and world championships.