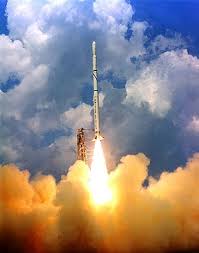 On November 6, 2020, China launched 13 satellites in a single rocket successfully. Of these 13 satellites, 10 were from Argentina. This is the biggest launch of foreign satellites by the country.

The satellites were launched on the Long March 6 carrier rocket. This was the 351st satellite launch of the Long March series. China has been putting satellites of several countries in space including its close ally, Pakistan.

The Beidou is an impressive operational satellite navigational system of the Chinese. The last satellite of the Beidou system was launched on June 23, 2020. With this, China has completely moved out of its reliance on the US for GPS systems. China

The space programmes of the Chinese have mostly been undertaken as a reaction to the Soviet programmes and US. China launched its first rocket in 1960. China is still behind the US in number of operational satellites. Currently there are 363 Chinese satellites. Russia is in third position with 169 operational satellites. On the other hand, India began its journey in 1963. In the initial years, India too leaned on foreign partners just like China. The key early partners of the space programmes of India are France and US.

On November 3, 2020, India partnered with Russia to manufacture Sputnik V vaccines for Argentina. This is being done under the agreement signed with the Russian Development Investment Fund. The Sputnik V vaccine for Argentina is to be jointly produced by China, India, Korea and number of other partners of RDIF.

In India, the RDIF has established a partnership with Dr Reddy’s to conduct clinical trials of Sputnik V vaccine.

China is to construct a permanent Chinese space Station by 2022. Tianwen-1 is a mars mission of China. The spacecraft will arrive Mars in 2021 and was launched in July 2020.