Centre of Excellence for Hyperloop Technology 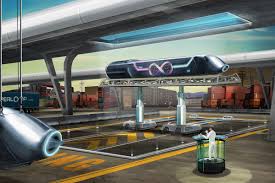 The Ministry of Railways said that it will collaborate with the Indian Institute of Technology Madras (IIT Madras) to develop an indigenous Hyperloop system. The ministry will also help to set up a Centre of Excellence for Hyperloop Technologies at IIT Madras. The Centre will be built by IIT Madras through its existing Centre of Railway Research (CRR). This project is a significant step towards the ‘Make in India’ and the ‘Aatmanirbhar Bharat’ initiatives.

What will be the role of IIT Madras and the Ministry of Railways?

Hyperloop is a new type of transport technology that uses magnetic levitation in low-pressure tubes or tunnels to transport people and goods. In 2020, the US-based company “Virgin Hyperloop” tested the Hyperloop system with passengers for the first time.

There are two major differences between hyperloop and standard rail. One is passengers sit in pods that travel via tubes or tunnels in which most of the air is removed to reduce friction. The second difference is that instead of using wheels, the pods will float on air skis or use magnetic levitation.

Hyperloop is faster and less expensive to construct than regular high-speed rail. The energy requirement is also less.

What is ‘Avishkar Hyperloop’?

In 2017, a team named ‘Avishkar Hyperloop’ was formed by students of IIT Madras. It is working on the development of a Hyperloop-based transportation system. It was the only Asian team to reach the top 10 worldwide at the SpaceX Hyperloop Pod Competition in 2019. At the European Hyperloop Week-2021, the team won the Most Scalable Design award.