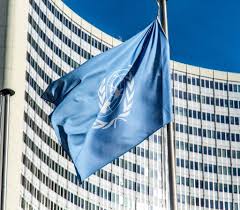 Responsible for maintaining international peace and security, the intergovernmental organization, United Nations (UN) has been facing a severe financial crisis because of the unpaid annual dues of almost one-third of its member states, this was informed by the UN Secretary-General, Antonio Guterres to the United Nations budget-setting Fifth Committee on October 2019.

India has become the fourth country and the largest contributor so far by paying USD 23.4 million to pay up the due for this year’s UN General Budget ahead of the schedule, for which India thanked by the UN Secretary General’s spokesperson, Stephane Dujarric on Friday, 10th January 2020, he also informed that 47 countries out of the total 193 member states of UN have not paid last year’s due to date and very few countries pay their dues by the January-end deadline every year.