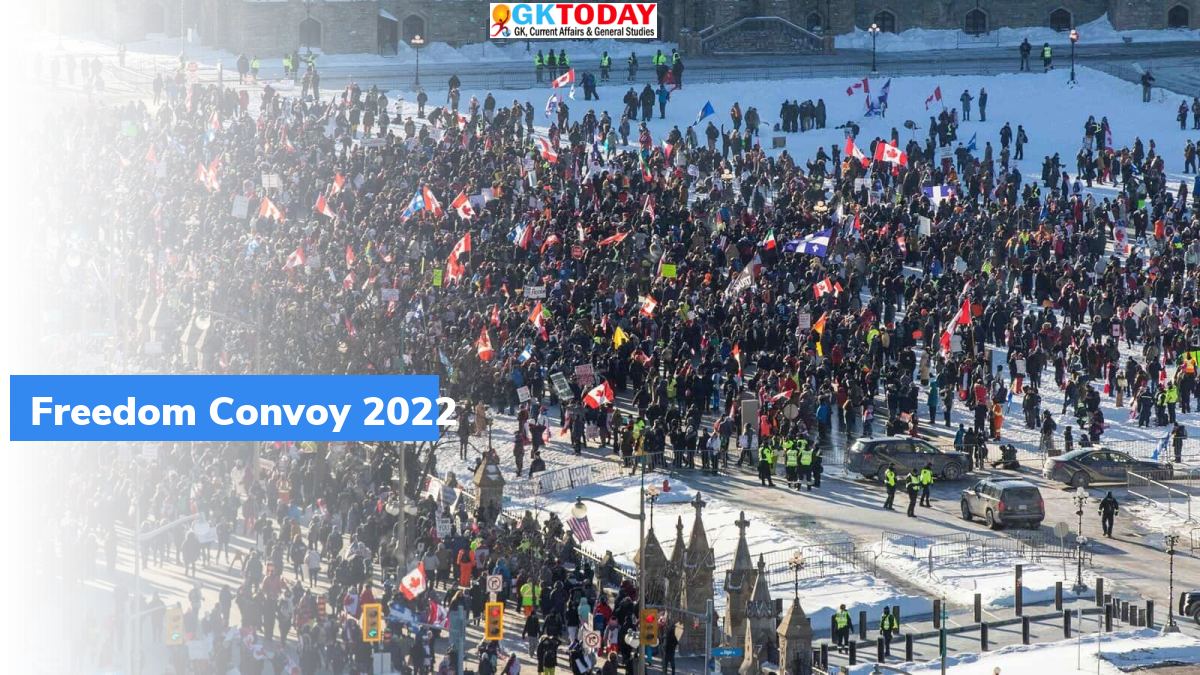 Federal government invoked the Emergencies Act for supplementing provincial and territorial capacity in order to address blockades and occupations.

When was Emergencies Act last used?

The Emergencies Act was lastly used by father of Justin Trudeau, former prime minister Pierre Trudeau, during October Crisis of 1970. Troops were sent to Quebec for restoring order after kidnappings of a British trade attache & a Quebec minister, Pierre Laprte, by extremist separatists. Pierre Laprte was found strangled to death in trunk of a car.

About the protest: “Freedom Convoy”

The Freedom Convoy is a series of protests and blockades, ongoing in Canada. It was started by truckers against COVID-19 vaccine mandates and restrictions. It was originally created to protest against the “need of vaccination” for crossing the United States border. Later, it evolved into a protest about COVID-19 restrictions in general. It started on January 22, 2022 as hundreds of vehicles formed convoys from several points.