Campaign launched on Prevention of Human and Animal Mortality on Highways 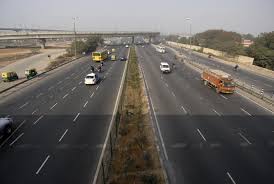 India is witnessing 5 lakhs road accidents every year. Out of these 1.5 lakhs lose their lives. The campaign is launched to bring down the accident rates.

The GoI has also spent good amounts in creating infrastructure that is safer to animals. The Nagpur-Jabalpur Highway is one such example. Similar successful steps have been taken in Madhya Pradesh, Odisha, Maharashtra, etc.

Around 5,450 wild animals have been captured in the cameras installed that they are using the underpasses constructed in the highway. The report was generated by the Wildlife Institute of India.