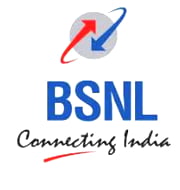 The Union Cabinet has approved proposal for hiving off mobile tower assets of Bharat Sanchar Nigam Limited (BSNL) into a separate tower infrastructure company, fully owned by BSNL. Decision in this regard was taken in the Union Cabinet Meeting chaired by Prime Minister Narendra Modi in New Delhi.

There are around 4.42 lakh mobile towers in country out of which more than 66 thousand are of BSNL. The telecom tower industry has emerged as independent business to harness potential for sharing of infrastructure. The Department of Telecommunications (DoT) policy also allows sharing of passive infrastructure which has facilitated growth of the telecom infrastructure industry.