Businesses, with an annual turnover of up to Rs 40 lakh are exempted from GST 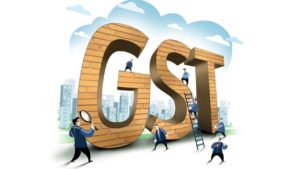 The Finance Ministry of the Government of India has declared in a series of statements that Businesses with an annual turnover of up to Rs 40 lakh will enjoy GST exemption. Previously the threshold limit was Rs 20 lakh.

During the commemoration ceremony of the first death anniversary of former Finance Minister Arun Jaitley, the Finance Ministry of GoI released a series of statements

What are the other important announcements?

It is an indirect, multistage, destination-based tax, that is used on the supply of goods and services, that is collected from the point of consumption. GST ensures a seamless flow of tax credit, that eliminates the cascading effect of all indirect taxes in the supply chain starting from manufacturers to retailers, and also across the state borders.