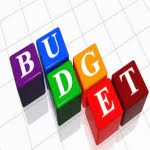 At the commencement of the first session of each year, Governor makes a customary address to the members of the state legislature.