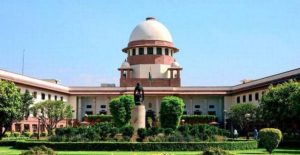 The Supreme Court has given its nod to formulate a judicial panel to look into the details of the Vikas Dubey alleged encounter case. The apex court has decided to appoint former SC Judge Justice B S Chauhan to head the panel and it has been given two months to submit the report to the SC as well as the Uttar Pradesh Government.

The apex court has also directed the Uttar Pradesh government not to indulge in any further encounter to eliminate gangsters in the state.

The other two members of the judicial panel are Justice (Retd.) Shashi Kant Agarwal and former DG of Police KL Gupta. The secretarial assistance to this panel will be provided by the central government. The commission is slated to start functioning within a period of one week.

Vikas Dubey and his men were hunted down within a span of only 7 days by the Uttar Pradesh Special Task Force for their involvement in the massacre of policemen killed in an ambush, in Bikru village. The police team had gone there to arrest Dubey in another case and in the firing that ensued, policemen were killed and their bodies were also mutilated. STF nabbed them after that and it is alleged that Dubey was killed when he was caught in an encounter, though the police have maintained that they had to open firing in self-defence.