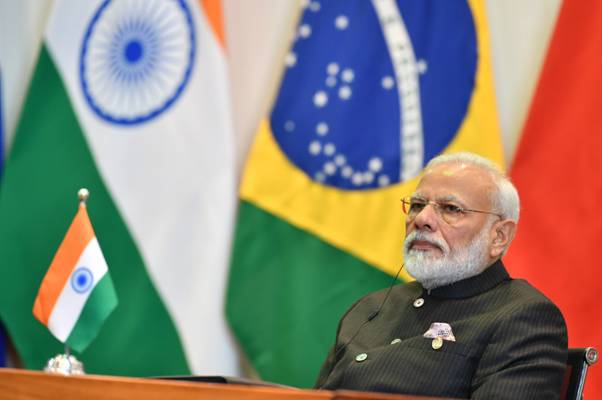 Prime Minister Narendra Modi along with the Heads of States of other BRICS countries participated in the Leaders dialogue with BRICS Business Council and New Development Bank. Prime Minister Modi, while addressing the dialogue, also requested BRICS countries and the NDB to join the global Coalition for Disaster-Resilient Infrastructure. The BRICS Business Council created a roadmap to achieve the $ 500 billion Intra-BRICS trade target by the next summit. PM also requested BRICS nations and NDB to join join Coalition for Disaster Resilient Infrastructure initiative. He also requested that the work of establishing the Regional Office of NDB in India should be completed soon.