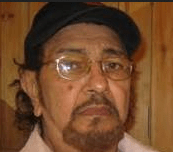 Veteran Bollywood actor and filmmaker Imtiaz Khan recently passed away in Mumbai at the age of 77. He was famous for acting in several movies including YaadonKiBaaraat, Dharmatma and Dayavan.

He is the husband of Krutika Desai, who is a popular film and television actress. He was also the brother of late actor Amjad Khan and son of the actor Jayant.