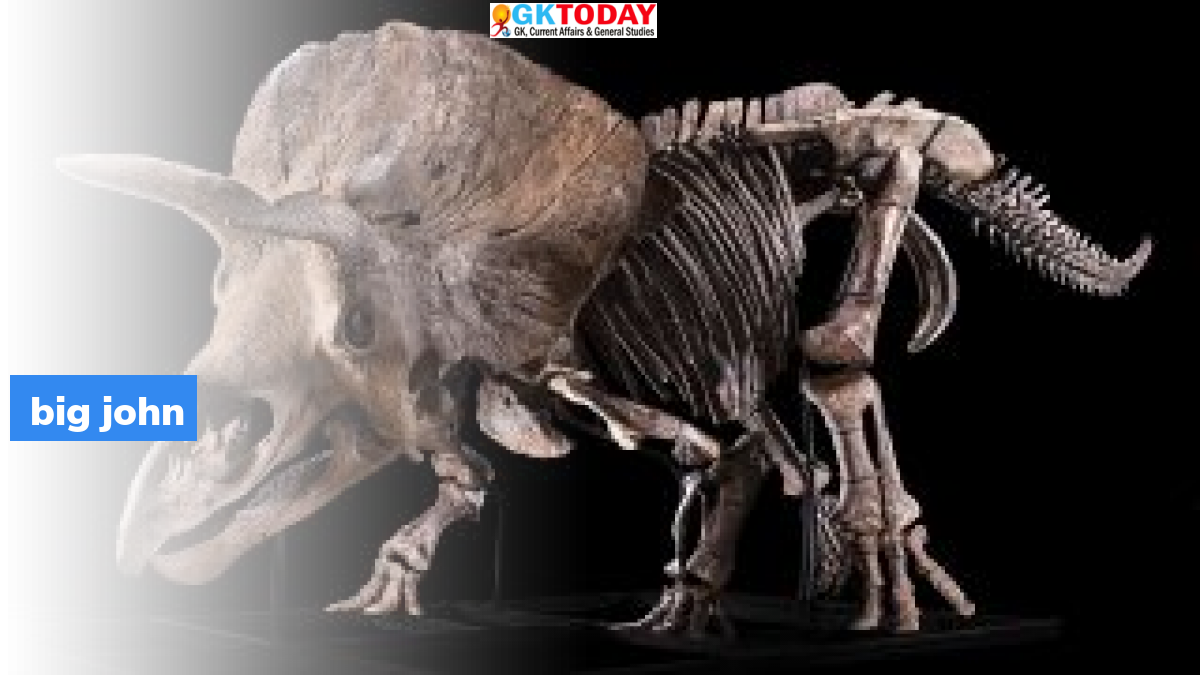 Big John, an enormous triceratops, is to be auctioned in October 2021 and is expected to get big bucks on the auction block in France.

When its fossil was discovered?

Paleontologist Walter W. Stein had discovered the fossil of triceratops in 2014. He excavated the skeleton from Hell Creek Formation which is an ancient flood plain and a rich fossil site spanning over Montana, North Dakota, South Dakota and Wyoming. Big John died and was covered by thick mud as a result it got fossilized.