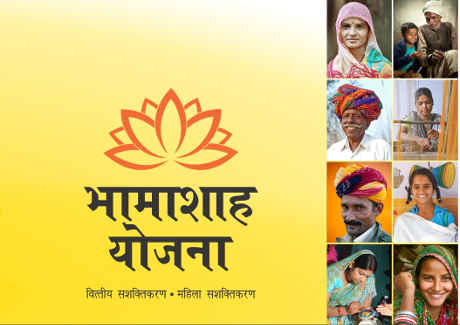 Rajasthan Government has started distribution of the ‘Bhamashah’ cards among women belonging to Below Poverty Line (BPL) category in Ajmer. The cards were distributed under the Bhamashah scheme which was relaunched in August 2014.
This scheme aims to financially empower BPL women by providing them with monetary benefits of various government schemes, as money will be transferred directly to their bank accounts.
Key facts of Bhamashah scheme

Earlier Bhamashah scheme
Previously it was launched in 2008, by Vasundhara Raje Government.
Under this scheme 8000 cards were issued and 29.07 lakh bank accounts were opened. Government also had deposited 160 crore rupees in the banks for its implementation.
However, in 2009, it was discontinued by then Ashok Gehlot government.