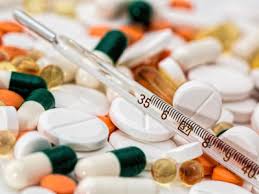 The New England Journal of Medicine has published an article in which the researchers have claimed that a single dose of Baloxavir Marboxil can be effective in reducing the spread of the flu-related diseases among the households. This conclusion has been drawn after examining the contacts of the 545 patients with the flu.

The study also found that flu infections could be reduced in household members who have received this drug than among those who have been treated with a placebo. Only 1.9 percent of the uninfected household members reported with flu after administering this medicine as compared to 13.6 percent members who were given placebo.

The drug has also been approved by the US Food and Drugs Administration for treating flu in persons of 12 years old and older. This was the first such novel flu drug approved in the last 20 years.

What causes flu in human beings?

Flu is caused by influenza viruses that are more likely to infect the nose, throat and lungs. This can spread by cough, sneeze, sending of droplets etc. Some of the major symptoms of flu include cough, chills, sore throat, runny nose etc.

The Food and Drug Administration is a federal agency under the United States Department of Health and Human Services. It is mainly tasked with protecting public health by regulating the pharmaceuticals, food safety, vaccines, tobacco products, etc.