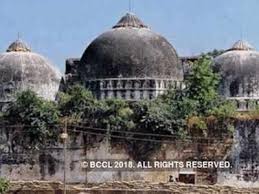 The Supreme Court on November 9, 2019 pronounced its judgement on Ayodhya Ram Janma Bhoomi-Babri Masjid land dispute case. The security arrangements were tightened across the country before the pronouncement of the verdict. Section 144 was imposed in UP, Delhi and other states. Also schools and educational institutions were closed for the safety of the students.

The verdict was pronounced by a 5 judge bench headed by the Chief Justice of India Ranjan Gogoi. The bench also comprised of justices Ashok Bhushan, S A Bobde, D Y Chandrachud and S Abdul Nazeer. In a verdict 5-0, all the justices stood unanimous.