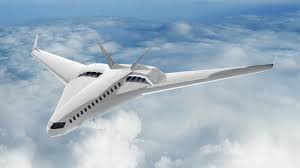 Aviation awareness week is being celebrated to raise awareness on aviation safety. The Airport Authority of India during the celebration will undertake employment engagement programs. The week celebrations stress on the fact that safety preventive measures should be adopted at every airport premises irrespective of traffic volume. This is being done as the wildlife or bird menace has increased around airports.

The week celebrations will also stress on the long term objective of zero fatality by 2030 as envisaged by the International Civil Aviation organisation. The objective was introduced under the Global aviation safety plan.

The policy aims to make flying affordable to every Indian citizen. The regional connectivity scheme being implemented under the policy aims to enhance air travel in the unconnected and underserved regions of the country.

The organisation defines the protocols for air accident investigation

What is star Alliance?

It was established in 1997 and is considered as the first truly formed Global airline Alliance. It offers seamless service to the international Travellers. The members of the alliance include Air Canada, Air India, app China, Asian Airlines, Brussels Airlines, Air New Zealand, e Singapore Airlines, Scandinavian Airlines, Turkish Airlines, Lufthansa, etc. The passengers get the benefits of star Alliance on travelling on any of the member Airlines.

It provides smooth transfers across the Global air network along with rewards and recognition for frequent International Travellers.