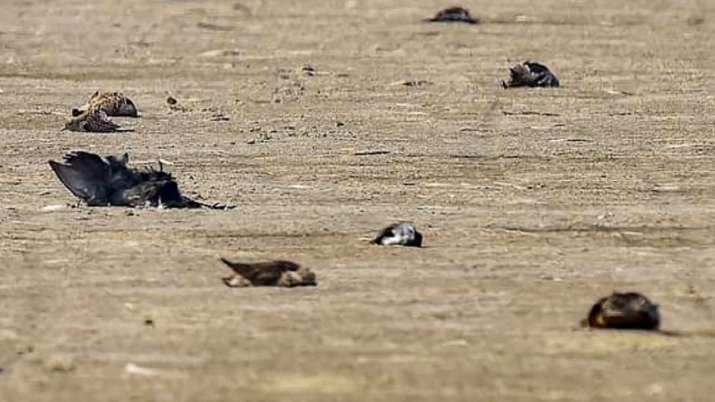 The Jhalawar town of Rajasthan has imposed a curfew in one-kilo metre radius after it was confirmed that fifty crows died of bird flu.

What is the issue? Why did birds die in Rajasthan?

Around fifty crows died in the Radi ke Balaji temple in Jhalawar town on December 25, 2020. The Animal Husbandry department and the wildlife department inspected the area and sent samples to the National High Security Animal Disease Laboratory in Bhopal. The laboratory identified that the birds were affected by Avian Flu.

What are the steps taken to contain Avian Flu in Rajasthan?

A Zero mobility zone in one-kilo metre area around the Radi ke Balaji temple has been imposed. Section 144 has been imposed in the region. This is to prevent the spread of the disease to humans.

What is Avian Flu?

Avian Influenza is a disease caused by infection due to Avian Influenza Type A virus. These viruses occur naturally in aquatic birds and has the potential to infect domestic poultry and other birds and animals.

Has mass death of birds in Rajasthan occurred earlier?

Yes, in December 2019, around 18,000 birds died near Sambhar Lake due to Avian botulism. Avian botulism is a fatal illness that affects the nerves. It is a neuromuscular illness caused by a toxin produced by a bacteria.

Is India free from Influenza virus?

No. However, in September 2019, the World Organization of Animal Health declared India as free from the Influenza virus, H5N1. This lasted only for a few time period and an another outbreak occurred.