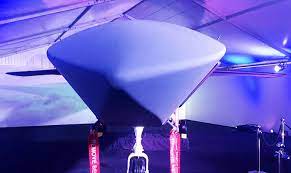 The Royal Australian Air Force (RAAF) and Boeing Co have announced on March 2, 2021 that they completed the first flight test on a pilotless fighter-like jet which was designed to operate in concurrence the with crewed aircraft.

“Loyal Wingman” is the first military aircraft that has been designed and manufactured in more than 50 years in Australia. This first military aircraft make its flight under the supervision of Boeing test pilot who was monitoring it from the ground control station located in South Australia. In the development of the product, the Australian government invested A$40 million. The aircraft has also attracted interest from United States and United Kingdom.

It is 38 feet long aircraft. The aircraft has a range of 2,000 nautical mile or 3,704 km range. The nose of the aircraft can be removed to fit various payloads and weapons. It can also act like a shield to protect several expensive manned fighter jets. This project is a pathfinder to integrate the autonomous systems and artificial intelligence in order to create smart human-machine teams. The first Loyal Wingman is being used as the foundation for Airpower Teaming System of Boeing. It is a service which is being developed for several global defence customers.

The RAAF was established in March 1921. It is the aerial warfare branch of Australian Defence Force (ADF). This branch of ADF operates several fixed wing aircraft of ADF. It also provides support to the spectrum of operations including air superiority, intelligence, surveillance, precision strikes, reconnaissance, space surveillance, air mobility and humanitarian support.