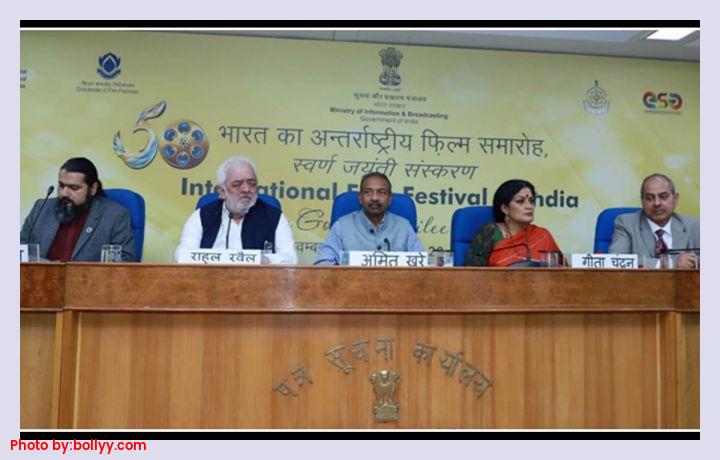 Ahead of the launch of the 50th edition of the International Film Festival of India (IFFI), Information and Broadcasting Secretary Amit Khare on 13 Nov unveiled the audio-visual anthem, showcasing the clips of several content driven and impactful films including “Bajirao Mastaani” and “Bhaag Milkha Bhaag”. IFFI is set to take place from November 20 to November 28 in Goa. Amitabh Bachchan and Rajinikanth will grace the festival’s opening ceremony. A radio jingle was also released to mark IFFI Golden Jubilee celebration. The anthem”s music has been composed by Ricky Kej, who is also the recipient of the Grammy Award. The anthem features renowned Bharatnatyam dancer Geeta Chandran.