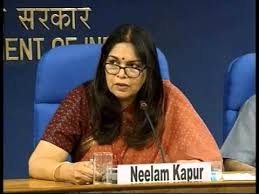 Atal Pension Yojana was launched in June 2015 to make the geriatric population self-reliant after they have spent a lifetime working in non-pensionable jobs. With this scheme, the government wants to make the unorganized work force, which makes major chunk of India’s labour force (88%) join the National Pension Scheme. This will enable them to compulsorily save for their future. The scheme is headed to replace the Swavalamban Scheme which did not cover many people due to ambiguities in benefits after 60. Also, latter did not have minimum guaranteed pension provision.

This scheme is regulated by Pension Fund Regulatory and Development Authority (PFRDA), which comes under Department of Financial Services, Government of India.

The minimum age of joining APY is 18 years and maximum age is 40 years; thus minimum period of contribution by subscriber is 20 years.  If a new subscriber starts contributing at the age of 18, he / she will need to spend Rs.42 every month to receive a pension amount of Rs.1000 after 60. This monthly contribution differs as per the tenure of payment and depending on when the individual joins the APY scheme.

To encourage more and more people to enroll into Atal Pension Yojana scheme, the GOI is also contributing a sum towards the pension scheme for a time period of five years i.e. 2015-2020. This provision is for people who are non-tax payers, not beneficiaries of any social security scheme and have joined NPS before 31st December, 2015. The government’s contribution is either 50% of subscriber’s monthly contribution amount of Rs. 1000, whichever is lower. To receive government’s contribution, the APY subscriber has to make regular monthly contributions during the entire course of year.

This apart, the state governments are also authorized to make additional co-contribution.