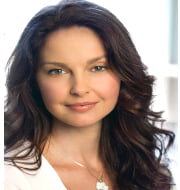 Acclaimed humanitarian, actor, writer and political activist Ashley Judd from US has been appointed as Goodwill Ambassador of the United Nations Population Fund (UNFPA).
As a Goodwill Ambassador, she will support the UNFPA’s efforts to empower women to choose when and how often to become pregnant and to stop women dying giving life.
She will also play important role at generating awareness about the 2030 Agenda for Sustainable Development Goals (SDGs).
It should be noted that Goals 3 and 5 in the 2030 Agenda for SDGs seek to end discrimination against women in all forms and promote their well-being.