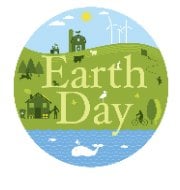 Every year Earth Day is being observed on 22nd April to build support for environmental protection around world. It aims to encourage people to carry out activities that will benefit Earth, such as recycling more, using solar power or plant trees. It also aims to raise awareness that humans have a collective responsibility to promote harmony with nature and to balance the economic, social and environmental needs of present and future generations.
The theme for 2018 Earth Day is ‘End Plastic Pollution’. It is dedicated to providing information and inspiration needed to fundamentally change human attitude and behavior about plastics.

The concept of observing Earth Day was formally proposed by John McConnell at UNESCO conference on Environment in 1969. Later in 1971, a proclamation was signed to observe international Earth Day annually on the Vernal Equinox by UN Secretary-General U Thant. It was first celebrated in 1970, and since then it is celebrated every year in more than 193 countries. Earth Day celebrations are coordinated globally by the Earth Day Network.
Earth Day celebrations are way to remind humans of environmental deterioration caused by them and advise them to turn off the electronic devices that are not in use or taking public transport to reduce the emission levels. It recognises that Earth and its ecosystems provide its inhabitants with life and sustenance.