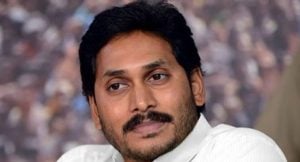 On January 27, 2020, the Andhra Pradesh cabinet cleared to abolish Legislative Council. It is to be noted that the Legislative Council stalled two bills that were passed by the assembly. It includes AP Capital Region Development Authority Repeal Bill and Decentralization bill.

Andhra Pradesh is one of the few states to have bicameral legislature. The states with legislative council includes Bihar, Maharashtra, Karnataka, Uttar Pradesh and Telangana.