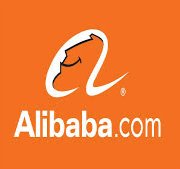 To tame the world’s e-commerce giant Amazon, Alibaba is to invested 4000 crore rupees in m-commerce giant Paytm.
Alibaba has picked up 25 per cent stake in Paytm’s parent company One97 through its subsidiary Ant Financial.
Earlier it has done investments in Snapdeal, FreeCharge and now Paytm which is the largest mobile payments space in India.
Paytm has around 80 million digital wallets and Alibaba is interested in this major mobile commerce player in this mobile-first market to topple the largest global rival Amazon.
Through the partnership with Alibaba Indian e-commerce players now also has access to Chinese market. It should be noted that the Indian merchants are second biggest sellers on Alibaba portal after the Chinese.