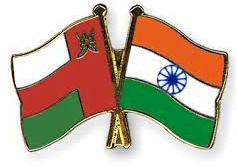 Al Nagah III is the third in the series of the bilateral joint exercise between India and Oman. It will be held between March 12 to March 25 at Oman.

Al Nagah I was held at Muscat, Oman in January 2015 and Al Nagah II at Himachal Pradesh, India in March 2017.  The India-Oman bilateral security ties have continued to evolve and the joint military exercise will go a long way in enchaining understanding of capabilities and strengthening camaraderie between both the Armies.