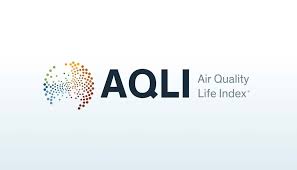 The Air Quality Life Index, developed by the Energy Policy Institute of The University of Chicago, has reported that pollution is the greatest risk to human life, especially in India, more than any other country in the world. The reason is that a quarter of India’s population is exposed to pollution levels, not ever observed in any other country.

The report has stated that an average Indian sees his life cut short by more than five years due to the prevalence of air pollution in India, compared to the situation had the World Health Organization were met.

The Air Quality Life Index is based on the impact of particulate air pollution on life expectancy. It has also stated that particulate pollution in India has increased by 42% in the last two decades and is now the greatest risk to human health even before the deadly COVID 19 virus.

Whereas 84% population in India lives in areas where the pollution levels exceed the air quality standards of the country, the whole country is exposed to levels that exceed the WHO guidelines.

The report has gone into details as the state-wise contamination of the environment such as around 230 million residents of Uttar Pradesh will lose more than 8 years of life expectancy relative to the WHO guidelines. The residents of Delhi could see more than nine years added to their lives if pollution was reduced whereas the people in Bihar and West Bengal could add more than seven years with that condition. The people in Haryana also are losing around 8 years in life expectancy due to the pollution situation.

Even in India, the National Clean Air Program has been launched in 2019 to reduce the particulate pollution by 20-30% relative to the 2017 levels by the year 2024. If 25% of pollution is reduced in India, that would increase the national life expectancy in India by 1.6 years, as per the AQLI Report.