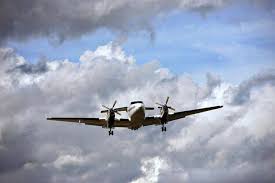 Aerial seeding is a method of plantation wherein seed balls, seeds covered with a mixture of clay, compost, char and other components are sprayed on the ground using aerial devices, including planes, helicopters or drones. It is considered a broadcast method of seeding. It is also often used to plant cover crops. Plants like oats, soya beans, buckwheat are often seeded using  this method.

It may quickly and effectively reduce erosion hazards and suppress growth of invasive plant species.

Soil moisture plays a large role in the success of aerial seeding. Adequate soil moisture for germination and establishment of seed requires that the top 0.5 -1 inch be moist. These conditions should be at the time of the seeding or within 10 days of the seeding. If the required soil moisture is not present at these times, the seeds may become the target of predation by insects and other animals. Along with soil moisture, surface conditions also play a key role in the success of aerial seeding and establishment of seed.