CSE Report: Supports incentives and penalties to get clean power 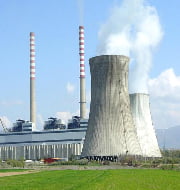 On October 21, 2020, the centre for science and environment submitted a report titled “meeting emission norms working paper on penalty and incentive mechanism for coal-based power plants”. The report mainly speaks about the incentives provided for Clean power stations.

The report praises the concept of “first run”. This concept incentivizes clean power stations to run on priority.

What is the Issue?

In 2015, the union Ministry of environment, forest and climate change introduced strict environmental standards for coal based thermal power plants. This was done to contain the pollution caused by coal- based power plants.

What is “first run”?

In order to encourage more power plants to adopt the standards the concept of first run plants are introduced. The first run plants are those plants who have completely adopted to the new standards at the earliest. The centre urges state pollution control board to certify these plants that they are compliant to 2015 standards. This will act as a boost for their support towards Pollution Control. By this, they can receive their respective incentives.

Only 33 power plants have adopted to the new pollution control standards so far. India is trying to reduce its dependence on coal-based power plants. This is because coal-based power is the most resource intensive and polluting industries in India. 89 percentage of the Thermal Power capacity of the country comes from coal. The Government of India is also trying to reduce its coal imports.