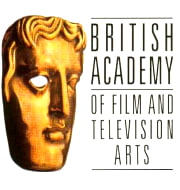 The 70th British Academy of Film and Television Arts (BAFTA) Awards ceremony was held at the Royal Albert Hall in London. This year the BAFTA awards were conferred for the outstanding performances in films and documentaries screened at British Cinemas in 2016. La La Land won the most awards at the event, winning five and  was also most nominated in 11 categories.

About British Academy of Film and Television Arts (BAFTA) Awards