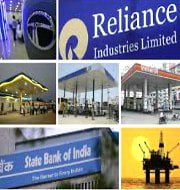 Seven Indian companies have made it to the latest Fortune 500 list of the world’s biggest corporations in terms of revenue.
Fortune 500 list is an annual ranking of the world’s wealthiest companies, compiled and published by the American business magazine Fortune and published globally by Time Inc.
In it companies are ranked by total revenues for their respective fiscal year which has ended on or before March 31, 2015. Revenue figures of companies mainly include their consolidated subsidiaries, reported revenues from the discontinued operations and excluding excise taxes.
Key Facts