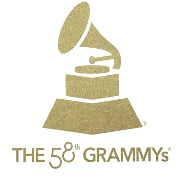 The 59th Annual Grammy Awards were announced by the Recording Academy announced at the Staples Center in Los Angeles, California. The ceremony recognized the best recordings, compositions, and artists of the eligibility year from October 1, 2015 to September 30, 2016.
In this edition of awards, British singer Adele won the most awards in 5 different categories. She also created history by becoming first artist to win the top three categories twice (for first time in 2012).