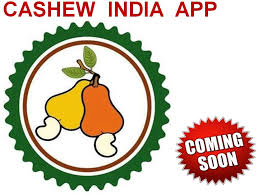 The Directorate of Cashew Research at Puttur in Dakshina Kannada district of Karnataka has developed the ‘Cashew India’ app for farmers and other stakeholders of cashew in India. Available in 11 languages, this app can be downloaded from Google Play Store.

The Senior Scientists at the DCR Mohana GS has conceptualized and designed this application and this app gives comprehensive information on cashew grafts, nursery, cultivation, plant protection, post-harvest processing, market information, e-market and stakeholders such as farmers, researchers, developmental agencies and processors at the same place.

How to use this app?

A farmer can upload and store images related to cashew and videos in ‘My Cashew’ sub-section under the ‘Cultivation’ section. It is also possible to record the expenditure, observations and data of the cashew farm in that. Real-time chatting is also available for users under the ‘Chat Room’ Section of the app. Users can use the e-speak button provided throughout the app. This button enables the app to read the text for users in different sections.

In the initial phase, this application will be available for states such as Gujarat, Maharashtra, Karnataka, Kerala, Tamil Nadu, Andhra Pradesh, Chhattisgarh, Odisha, West Bengal and Meghalaya and this might be the highest number of states covered in an app. Now for languages, it will be available in 11 languages such as Hindi, English, Gujarati, Marathi, Kannada, Malayalam, Tamil, Telegu, Odia, Bengali and Garo.

Financing for the App

The financial support for the app is provided by the Mission for Integrated Development of Horticulture under the Union ministry of Agriculture and Farmers’ Welfare, through the Directorate of Cashew and Cocoa Development, Kochi.