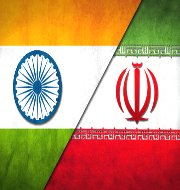 The Council discussed a range of bilateral, regional and global issues of mutual interest and shared understanding and convergence of views on them. They agreed to strengthen security cooperation between the two countries.
Peace and reconciliation process: Indian reiterated its support for an Afghan-led and Afghan-owned peace and reconciliation process. India also agreed to extend further assistance for the Afghan National Defence and Security Forces in fighting terrorism, organized crime, trafficking of narcotics and money laundering.
Connectivity: Development of Chahbahar Port in trilateral cooperation with Iran is being expedited. Both sides stressed on need to make regional Transit and Trade Agreement more inclusive and comprehensive by expanding it both northwards and southwards to connect South Asia with Central Asia.
Developmental Projects: Both sides agreed to take up 116 High Impact Community Development Projects to be implemented in 31 provinces of Afghanistan, including in areas of education, health, agriculture, drinking water, renewable energy, flood control, and administrative infrastructure.
Trade and investment: Both sides agreed to identify products and measures to enhance bilateral trade, including direct trade in gemstones, pharmaceuticals, and agri-products. India announced liberalization of visa measures for Afghan nationals, including decision to grant upto 5 year multiple entry business visa.
Regular meetings: They agreed to have regular meetings of the Joint Working Groups, including to monitor implementation of the decisions taken. They also agreed to hold 3rd meeting of Strategic Partnership Council in Kabul on mutually convenient dates in 2018.

The India-Afghanistan Partnership Council was established according to the Strategic Partnership Agreement signed between both countries in 2011. The council is supposed to meet annually. The first meeting was held in May 2012. Later it was delayed due to elections in India and Afghanistan, as well as other reasons.