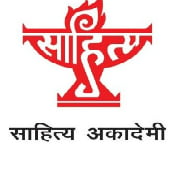 India’s national academy of letters Sahitya Academy has announced names of 24 poets and authors who will be conferred the prestigious 2018 Sahitya Akademi Award in 24 different Indian languages. The award has recognised premier works in 24 Indian languages that includes seven books of poetry, six novels, six short stories, three of literary criticism and two of essays.
The awards will be presented at a roadshow function to be held on 29th January next year at New Delhi duringFestival of Letters to be organised by Sahitya Akademi.  The awardees were recommended by distinguished jury members representing 24 languages and were approved by Executive Board under chairmanship of Dr. Chandrashekhar Kambar who is President of Sahitya Akademi.

It is literary honour that is conferred annually on Indian writers for their outstanding works of literary merit. It was established in 1954. It is conferred annually on writers of outstanding works in one of the twenty-four major Indian languages (22 Scheduled Languages+ English and Rajasthani). The award consists of a casket containing an engraved copper-plaque (designed by film-maker Satyajit Ray), a shawl and cheque of Rs.1 Lakh.