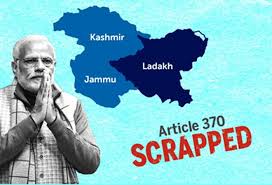 As per media reports, 16 foreign diplomats representing countries from different regions of the world will be on a two day trip to the newly formed union territory of India- Jammu & Kashmir, starting on Thursday, January 09, 2020. The visit is regarded as to see the first-hand efforts made by the Government of India to restore normalcy in the union territory following the decision to revoke the special status of Jammu and Kashmir by removing the Article 370 and 35A on August 2019. The envoy or diplomats for the first such group to visit Jammu and Kashmir is expected to be primarily from the Middle East, African and Latin American countries. European Union has reportedly conveyed to the Indian Government that their envoy will visit Jammu and Kashmir on a separate date. During the visit, they will be briefed on the current security situations by the Indian Army & Intelligence services and will also meet civil society leaders.