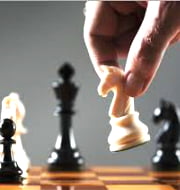 He defeated Harutyun Bargseghyan of France in the final round and scored 7.5 points. The Tamil Nadu player remained unbeaten in the tournament and had defeated the top-seeded Chongsheng Zeng of China. Gukesh had earlier won the Hillerod 110th Anniversary Open event in Denmark.